A third party involved in a relationship is oftentimes the cause of the relationship to come to an abrupt end. Most times, the third party is some other stranger that can somehow ‘fulfill’ the need of the unfaithful partner which their current love interest cannot fill.

However, what would happen if the third party involved in a relationship of husband and wife is the mother of the wife herself? Well, one thing is for sure, it really is a big problem. 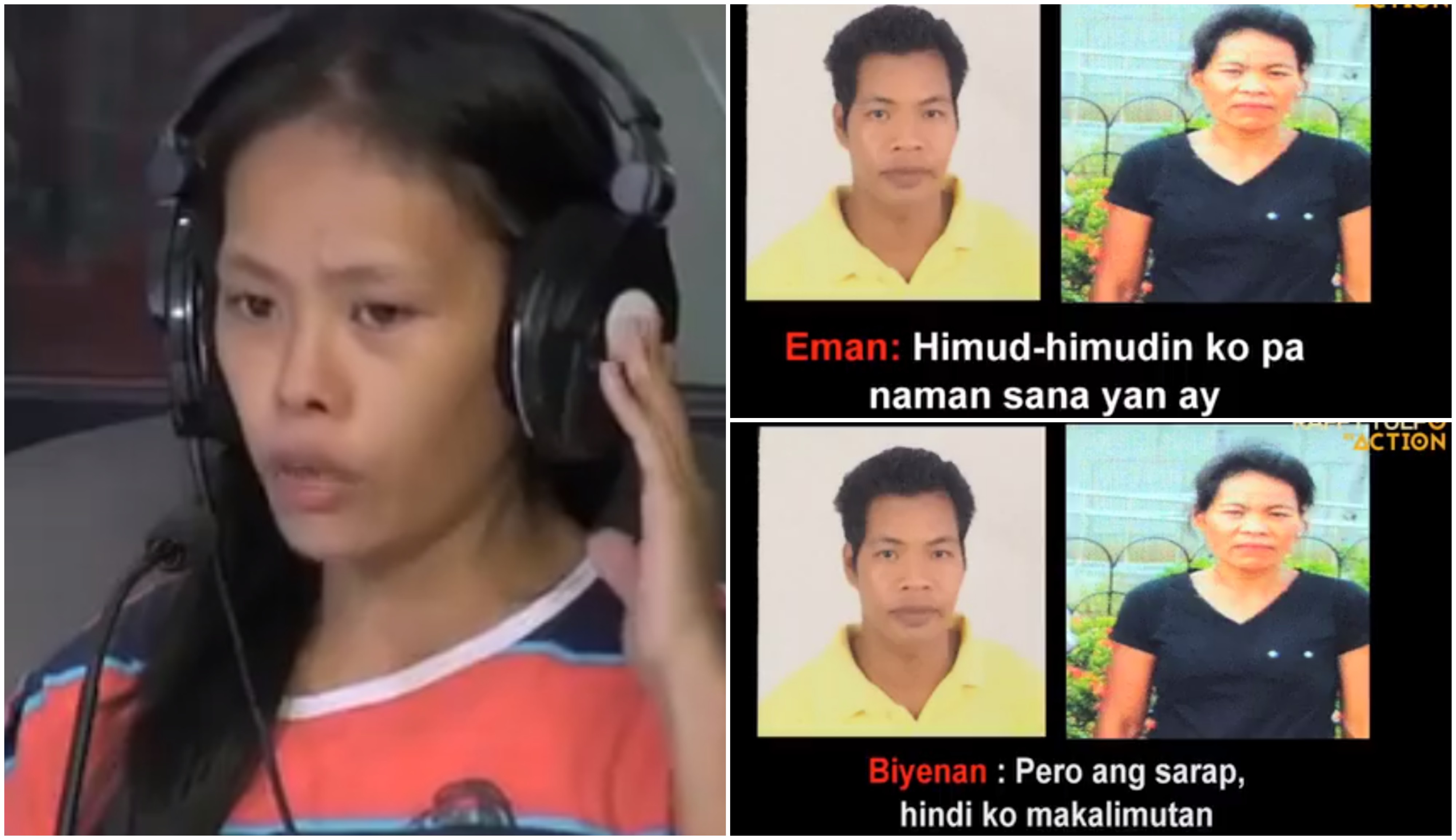 That is exactly what happened to Monica Solmay, a helpless wife who sought the help of Raffy Tulfo through the program Raffy Tulfo in Action to solve her dilemma about the affair going on between her husband and her mom.

According to Monica, she found out that something was going on between her mother and her husband when she came across a recorded conversation on her husband’s phone.

She instantly recognized the female’s voice as that of her mother. The conversation between the two were about their ‘sex experience’ and the mother even says ‘I Love You’ to Monica’s husband.

Tulfo also managed to get the side of Monica’s mother, Amelia Anyog. According to her, she was only forced by Monica’s husband to have sex with him.

Meanwhile, when Monica’s husband named Eman Solmay was interwieved via a phonecall, he immediately admitted that he indeed had sex with Amelia. However, according to him it only happened once and even plead to Monica that he will never do it again.

In the end, Monica’s problem was given the resolution that Eman will be sent to his hometown so he can no longer be in touch with Amelia and Monica will have custody of their children and she promised to work hard for them.

Prev Article Next Article
Tags:husband had sex with wife's mom